Angie Cruz, Author of Dominicana, on Writing, the Immigrant Experience, and Community as Self-Care 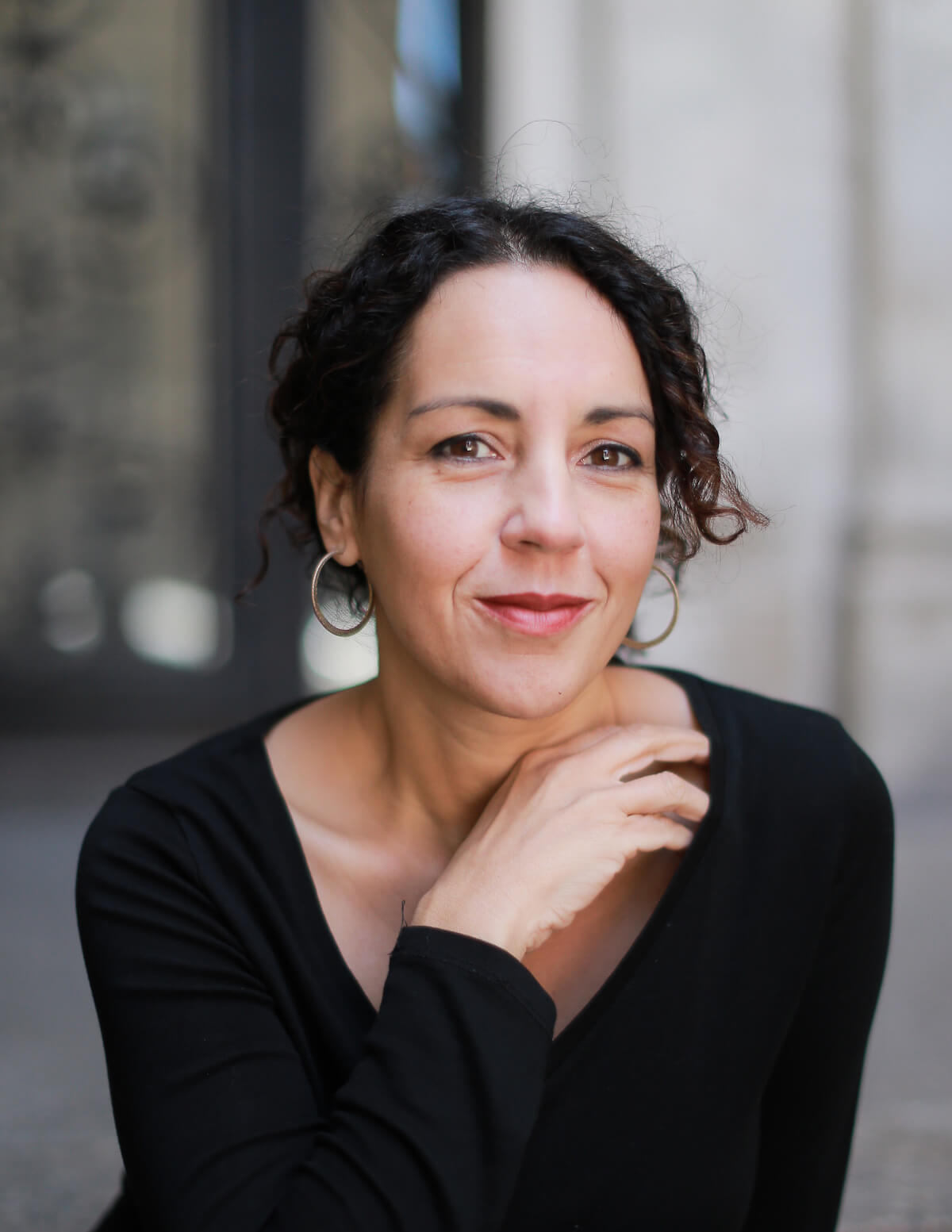 If you’re reading along with our book club this month, you know that Dominicana is a story about the immigrant experience from the eyes of a woman immigrating from the Dominican Republic to New York in 1965. While tales of whirlwind holiday romances dance across screens this time of year, Dominicana paints a stark juxtaposition with its story of a marriage based more in opportunity than undying love. We recently sat down with the book’s author, Angie Cruz, to ask her a few questions about her approach to writing about this important experience.

Congrats on your third novel and the incredible reception it’s received! What has been the best or most surprising response to the book so far?
The best is when my mother told me she liked the book. She read it saying it was not her story exactly, but it was as if I was in her mind and memories, and this made her feel seen in a way she has never felt before. The most surprising is the numerous letters from women who shared how the novel inspired them to call their mothers, friends, sisters, that had been estranged from them often because of domestic violence at home. Some are reading the book with people they love as a way to jumpstart difficult conversations among them.

I read that originally this book was going to be nonfiction about your mother’s experience immigrating to America. Why did you decide to fictionalize it?
I wanted to explode the silence around domestic violence, and I thought nonfiction would be more conducive to this, but in actuality fiction allowed me an opportunity to not say what happened, but create characters and a world so readers can feel the claustrophobia of being trapped in a marriage. Also, fiction gave me the opportunity to leap into possibilities that were far from the reality of my mother’s story. For example, when I asked her what she thought could never happen in her life, her response was, “I don’t think I can ever fall in love.” That was when I understood that I would write Ana into a love story, play out that path for a woman like my mother even if she never experienced it.

When you wrote this book, I read that you conducted countless interviews with women and men about what it was like living in New York as new immigrants in the 60’s and 70’s. What were some of the surprising themes you learned that made it into Dominicana?
I had interviewed a barber who had his own shop in the Heights, and he told me how the Irish bar, Full Moon, had changed its name to La Luna Llena because latinos drank hard liquor and “made better drunks.” That kind of detail did make it into the novel, and could only be known through the oral storytelling. So much of the reality of the working class immigrant was not documented in a formal way, so I mapped Washington Heights through looking at old photos and interviewing people.

In addition to highlighting and telling the stories of Dominicans in your writing, you have also done visual storytelling through @dominicanasnyc. What inspired the creation of this account?
While researching the novel, I came to understand the joy it brought people to have someone listen to their arrival stories, and also to share their photos. The Instagram archive is a way to show the breadth of the community and also to continue the joy making of sharing stories. Many have admitted that they have used the archive as a reason to visit a family member and ask questions of their herstory.

What advice do you have for aspiring writers?
To read a lot and a wide variety of things. And to be patient with oneself. Dominicana took me over ten years to write and over three years to sell for publication. The writing road is long but if you pursue it with passion and rigor it works out. Your work will find its readers.

What’s next for you?
I am working on a new novel with a tentative title, The Immigrant Handbook. It’s about a woman in her mid-fifties who was laid off from her job after working in it for over 26 years.

At Girls’ Night In, we’re interested in explorations of self care in whatever form it manifests for you. How do you define self-care in your day-to-day life?
A large part of my self-care is caring for my friends who make up my community. I prioritize community building and nurture friendships because I don’t think anyone will be okay on their own. We need each other. So there is cooking for each other. Sharing resources. Holding each other accountable to the promises we make to ourselves like to prioritize writing. Etc.

Does writing play a role in your self care?
For sure, the more time I am spending time on my writing the more grounded I am in my own life. Writing allows me to work through lots of life’s drama. So it is healing to some extent. And clarifying.

What woman or women are currently inspiring you right now?
I am incredibly inspired by my friend Emily Raboteau. She is one of the leading women of color writing about the climate crisis. She is actively trying to wake us up and her writing is courageous and gorgeous. I encourage you all to follow her on Twitter.

Favorite thing about the Dominican Republic?
The tropical fruit.

Ebook or physical book?
Impossible to choose. I download books onto my phone from the public library. But purchase physical books at the stores.

The last amazing book you read?
Julie Otsuka’s When the Emperor Was Divine.

Interested in getting Dominicana, and other books, delivered to your doorstep? Try three months of Book of the Month for $49.99 here.

How Do I Deal? 5 Tips for Building Routines to Proactively Help Your Mental Health

How Do I Deal? 6 Women We Admire Share How They’re Getting Through It Right Now

How Do I Deal? Some Rabbit Holes to Fall into If You Find Yourself in Need of a Distraction