NEW! Read our founder Alisha's interview with USA Today and subscribe to our newsletter below.

Rachel DeLoache Williams, Author of "My Friend Anna," on Friendship, Hindsight, and Closure 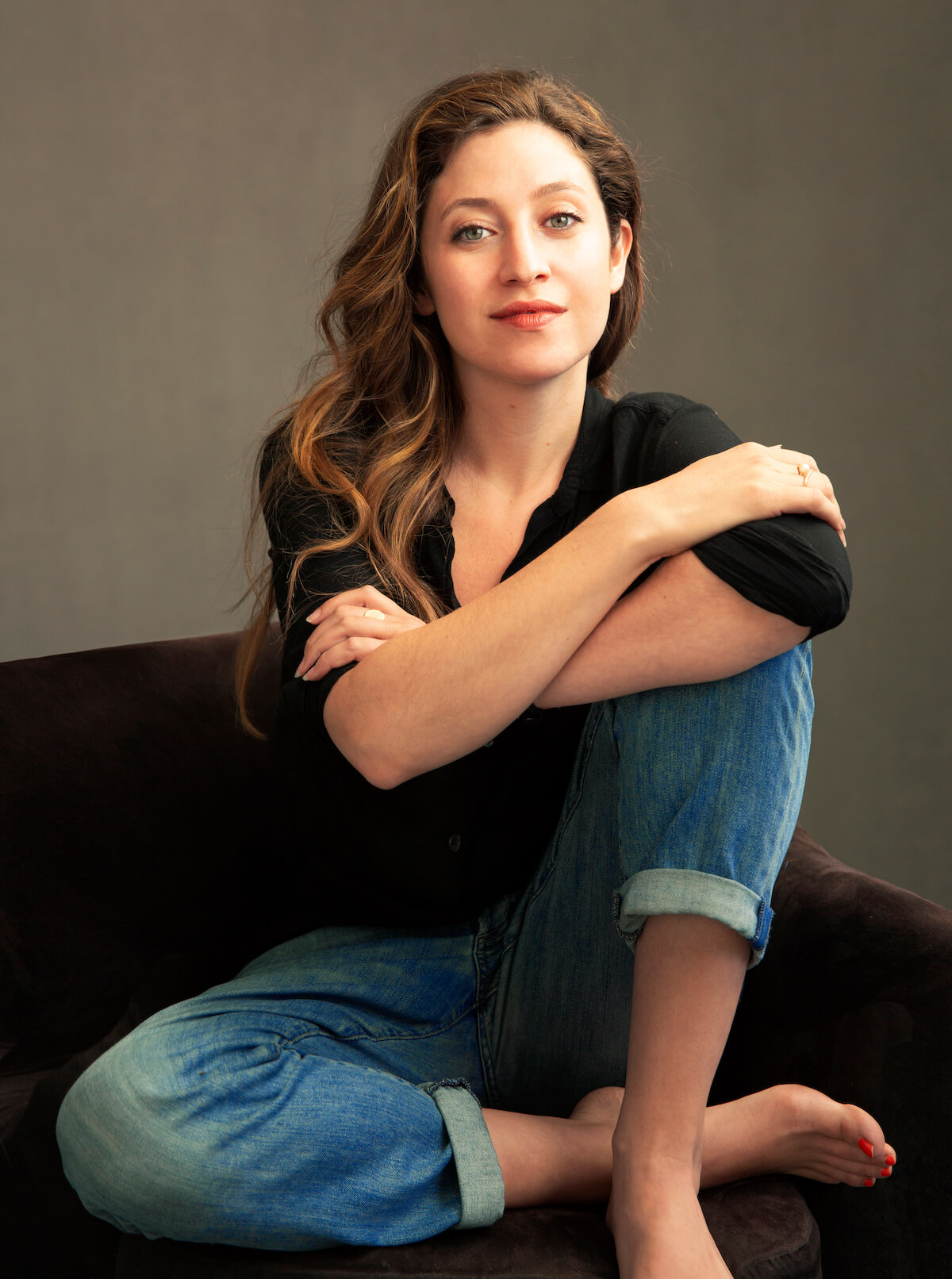 Rachel DeLoache Williams got a lot more than she bargained for when she landed her dream job in the photo department at Vanity Fair, just two months after graduating from Kenyon College with a degree in English and Studio Arts. Raised in Knoxville, Tennessee, the daughter of two clinical psychologists, Rachel was well-versed in the art of storytelling and inner workings of the human mind. Neither could prepare her for the world according to Anna Delvey.

We’ve read the headlines, your book, and interviews. Can you tell us what about Anna made her so convincing?
Anna was great at playing the character she so desperately wanted to be: a rich girl from Cologne, Germany with a trust fund and wealthy parents. She was clever. She had thoroughly researched the world of art and finance. She talked the talk. And on top of that, to assuage any doubt, she had falsified financial documents claiming she had tens of millions of euros in overseas accounts.

To some extent, I think she even believed her own lies. She created an illusion of credibility through social media and connections she made while interning at a fashion magazine in Paris and then in New York as she worked toward leasing a building to house her eponymous “art foundation.”

Banks, hedge funds, legal firms, and real estate companies all took Anna seriously. These are institutions that have systematic checks in place to prevent fraud, and she was able to fool them. I imagine operating believably in social circles was relatively easy by comparison—especially in New York, where it’s not unusual to have friends from different backgrounds and with varying levels of wealth.

From some of the stories in your book, it seems like the lifestyle Anna cultivated was quite intoxicating. Do you still look back on those times with mixed feelings?
Over the two months Anna and I were closest, we often ate together in Le Coucou, a restaurant in the hotel where she lived, where she charged most things to her room. She also invited me to join her for workouts with a personal trainer, a luxury I couldn’t afford on my own. That element of the friendship was nice – of course – but it’s not why I was her friend. The mixed feelings I have, when I look back at that time, relate to the friendship itself, as opposed to its setting.

I liked Anna and I think she liked me, too, which makes me question how much authenticity our friendship contained. Some of it must have been real.

Was I useful to her? Yes. Absolutely. The fact that I worked at Vanity Fair lent her a degree of credibility by association, and where she could be rude or hard to read, I balanced her out by normalizing her behavior (apologizing on her behalf or laughing off what might otherwise have been offensive).

Did she have ulterior motives? Yes. Was I groomed? As much as that thought creeps me out, I think yes.

But we enjoyed spending time together. We shared an appreciation for art, music, food, and travel. I have mixed feelings because, when I focus on that brief period alone, I catch myself still wanting to like her, temporarily forgetting the darkness and deceit underneath. This slippery slope is especially painful because it’s this same inclination—to focus on positives and dismiss negatives—that pulled me into the friendship in the first place and caused me to get so burned.

But even if the friendship contained some veracity, the good times—before Morocco—are completely overshadowed by the lengthy turmoil that followed. I also wonder whether my belief that Anna was sincerely, for a time, my friend is just me falling for the con all over again.

You talk a lot in the book about how Anna was just off, can you explain how?
She seemed undersocialized—like she hadn’t spent much time in regular society amongst her peers. I chalked it up to immaturity because she was younger than me, but I now think it was studied arrogance. She had an awkward disregard for the ways in which her behavior affected those around her.

Your book starts when things start to go off the rails: when you went to Morocco with Anna and ended up with the breathtakingly high $62k bill. How did it all go so wrong so quickly?
It was one week in Morocco with someone I believed to be my friend, who turned out to be a con artist. Anna knew as we left for that trip that she wouldn’t be the one to pay for it. And then piece-by-piece she boxed me in. All the while, I continued to believe in her and it felt as though I had no choice.

What was the process like going to the police?
Soul crushing, to put it bluntly. Going to the police had always been my last resort. I was afraid if I went that route Anna might simply be arrested and deported. One, that felt like a brutal resolution considering she’d once been my friend, and, two, I feared that if she were deported I’d never get my money back. When I finally decided there was no other choice, I marched into a precinct and explained. It had never occurred to me the police might be unwilling or unable to help. The lieutenant with whom I spoke was dismissive and slightly patronizing. I don’t think he’s a bad person, I think he meant to be helpful, but he should have taken my story and me more seriously.

I eventually found my way to the Manhattan District Attorney’s office. I was then put in touch with the NYPD again, this time with a financial fraud detective who couldn’t have been more sensitive or professional.

It seems like the trial only helped Anna’s public image (despite her conviction). How do you feel about the celebrity status that scammers are getting in this moment in time?
I hope it will fade. People get lured in by the intrigue of a scandal, find pleasure in the shock, and then what? What do “celebrity scammers” actually represent? Greed, narcissism, and callousness. Is that who we want to be famous? What example do they set? What behavior do they encourage?

I imagine that you could become quite a pessimist after going through something like this…
Yes, but I still consider myself an optimist and I wouldn’t change that if I could.

Girls’ Night In was born out of need for self-care. In your book, you talk a lot about the emotional toll that this entire situation with Anna took on you, and you talk about the ways in which you were able to cope with it. Can you give some advice for anyone who may be looking for methods of self-care and stress management?
Writing was incredibly cathartic. It gave me space to explore, organize, and understand my feelings. I think the worst thing you can do is bottle everything up. Get it out. Talk to a friend or someone you trust. Vent! Put it down on paper, even if it’s just for you. Make lists. Make plans.

If you can carve out the time, I also highly recommend going for walks (or running if that’s your thing). During the situation with Anna, I walked as much as possible, oftentimes while listening to music. I also go for walks while making important phone calls. The physical activity helps to absorb nervous energy, leaving me calmer and more focused.

Avoid stress triggers first thing in the morning and late at night. That may mean not looking at email or Instagram, whatever exacerbates your anxiety. Think of it like warming up and cooling down. On the edges of the day, you’re not 100%. You’re vulnerable. Protect your energy. You need time to recharge.

Try dividing your time into two categories: work and recovery. We have a finite capacity each day to focus on complex tasks or stressful events. Trying to do too much can actually make you less productive. Structure your time accordingly. Start small, breaking daunting projects into manageable tasks, and set clear goals. When it’s recovery time, give yourself permission to step back. You’ve earned it. You need it. If your work overflows into recovery time, try to shelve it. Balance will give you the energy needed to overcome stressful obstacles and find a path forward.

Lastly and most importantly, be kind to yourself. Show yourself compassion.

It seems like you had a really great support system you were able to lean on. How did your friends and family help get you through this?
My friends and family served as a constant, an unchanging source of love and reassurance, when everything else was in flux. So much of what I encountered over the past two years was uncharted territory. It took a lot of bravery and strength to combat this weird storm head-on and there were periods when I felt a lot of self-doubt and exhaustion. In those times especially, my loved ones picked me up and cheered me on. They helped me to maintain my perspective.

How has telling your story and writing this book changed things for you?
Telling my story and writing the book provided closure. Today I feel healthy and (for the most part) happy, like myself again. Before all of this, I was an extremely private person, even amongst my friends and family, but having this experience sort of cracked me open—it put me in a position where I needed to share and today I’m closer to my loved ones because of it.

What is next for you now? Any new projects you’re working on?
I’ve been doing some freelance photo producing, the same thing I did at Vanity Fair, which I love. And I have a few other projects in the works. I’ll keep on writing, too, even if it’s just for myself. We’ll see… One foot in front of the other! :-)

Favorite show to binge on a Friday in your sweats?
Fleabag, over and over again.

New Beginnings Are Hard. This Can Help.

From Patience to Self-Preservation, Here's What the GNI Team is Working on in 2020